…and Canon will now sell a grip of 5DmkIII’s!

The excitement is palpable.  Reading the forum posts at the ML Forum you would think photography had just been created.  The news has been milling around for a few weeks that the Magic Lantern dev team had basically reversed engineered Canon's image capture>process>record pipeline such that raw data from the sensor could be extrapolated and written.  Then they excavated some ancient code from Canon's implementation of DryOS that would write DNG files.  Once this was thoroughly tested and accomplished, the ML dev team was miraculously able to instantiate a process of windowing specific parts of the sensor, cropping the raw data output to that size, and writing that cropped raw data stream to the memory card.  This means that, while still in the alpha stage of development, shooters can capture, process, view, and edit the absolute best motion picture imaging these cameras are capable of.  The excitement is palpable..

So What is Magic Lantern?

It is an open-source, community developed software that runs in conjunction with Canon’s firmware to enable many features that have fundamentals existing within Canon’s camera operating systems, but have not been exploited in the specific ways Magic Lantern’s creative and innovative devs have been able to do.  The featureset ML has created was not “hidden” or “purposefully disabled” by Canon; it is code that Canon has used for other purposes within their cameras that the ML team has laboriously researched and exploited to instantiate features users thought impossible.  This process happens all the time in all areas of programming and is a great think.  Kudos to Canon for making the camera SDKs publicly available so that ML’s contributions are even possible!  The excitement is palpable…

As of this post, there are issues converting  .raw file output greater than 2.5GB on Mac OSX.  Some amount of strobing is detectable in the video which may mean the camera’s internal timing mechanisms may need adjustment, or there could be something else entirely going on.  For me, at the end of every .dng sequence generated from the .raw files there is a frame of pinkish noise.  Occasionally there are single frames in the stream that are only garbled noise.  Randomly, some .raw files are not recognized by the converter.  High speed memory cards are necessary to capture raw files and not all cards are created equal.  Right now, Lexar Professional and SanDisk Extreme Pro Compact Flash cards seem to be the stand out performers for high sustained write speeds, with the Lexar Professional 1000x CF cards being the top performer at 83MB/s sustained write @ 1920x1080 resolution.  In fact, of the Lexar, SanDisk, and Delkin Devices cards tested, the Lexar Professional 1000x was the only card capable of sustained 1920x1080 sustained capture, with the Sandisk Extreme Pro being the only CF card capable of capturing 73MB/S 1920x840 .RAW files whilst simultaneously capturing H.264 1920x1080 video to the same CF card.  But these are issues that will be sorted out in time with a concentrated community effort.  The excitement is palpable….

How Does One Work With This?

What is essential at this point is user testing and feedback.  I find most of the users that have been influenced by Magic Lantern’s recent gravitational shift are in over their heads in terms of methodical testing and reporting.  They just want their camera to shoot “RAW” whatever that may be.  An unwise man once said, “Who cares what it means, it’s provocative!”  There is a lot of speculation, misinformation, and confusion as to what exactly is being produced with the latest ML developments and how to process it.  For most users with Adobe products installed, a comprehensive workflow does exist, but ends up practically quadrupling the dataset and lacks batch processing functions.  However,  it is straightforward:

1)      Download and install Magic Lantern for your specific camera model.  As of this post, the most extensively developed builds are for the 5DmkII and 5DmkIII.  The ML dev team is working on other Canon DSLR models (with the 600D getting very close to the stasis of the 5DmkIII), so they are not referenced in this post.  You will likely have to do some research as to how to install the software, but everything needed from compiled code to instructions/tips/hints can all be found within the ML Forum.

3)      Dump the .raw files from the card into your working drive’s desired folder.

4)      Download raw2dng for your operating system from Magic Lantern’s mirrors: Windows .EXE or Mac .APP .  It may not be necessary, but in these early builds of raw2dng, it helps to have the application copied to every folder containing .raw files to process.  This way the .dng files are created in the same folder and easy to keep track of.  I’m certain the ML dev team will have these limitations and bugs in raw2dng fixed soon.

5)      Process the .raw files individually by dropping them onto the raw2dng.exe or raw2dng.app depending on your operating system.  This will parse the .raw file into individual .dng files located in the same directory.  It is a good idea to refolder them into a structure that mirrors the filenaming schema of the .raw files.

6)      Currently, only Adobe Lightroom and Adobe After Effects can properly understand the .dng’s created by raw2dng.  Again, this will likely change soon with alternative workflows for processing in-camera and in post.  Personally I like Lightroom as it is very easy to work with.  Import your .dng by adding them to your Lightroom database, not copying them.  This will save storage overhead and eliminates the unnecessary step of duplicating the newly created .dng files.

7)      Grade the first .dng as you see fit, iterate those Develop Settings through the remaining .dng files.

8)      Select all of the .dng files and choose Export.  This will launch the Lightroom exporting dialogue box.  Set the filetype to TIFF and choose 16bit and None for compression.  Click Export, this should bring you to another dialogue box that will ask you where you want to save the TIFF’s to.  Choose your destination and click Open.  Lightroom will convert the .dng files to uncompressed 16bit .tiff files and save them in the specified folder.

9)      Lastly, open Quicktime Pro Player 7 and choose File>Open Image Sequence.  Navigate to the directory where the .tiff’s are, choose the first .tiff and click Open.  Quicktime Pro will now make a video stream of the .tiff’s.  You can scrub and play this video, but depending on your CPU power, it may not playback at the correct framerate.  Choose File>Export and enter the necessary adjustment settings for the codec you are going to render to.  I have found Avid DNxHD to be the most accurate rendition of the original .dng images, but a lot of people prefer Apple ProRes and that will work fine too.  Now you have video in an editing codec that originated as raw image data.  Raw2dng has de-bayered it, Adobe Lightroom (or AE) has processed it into flat, uncompressed images, and Quicktime Pro has rendered it into a high-quality video format.  The excitement is palpable.....

The Magic Lantern project has grown by leaps and bounds since the original ML for the 5DmkII by Trammell Hudson and the continuation (and source for the current builds and progress) by a1ex and the team of programmers including g3ggo, scrax , 1%, nanomad, coutts, and many others who contribute enormously of their time and talents.  Just two years ago many will remember what a massive splash the ML team made by enabling audio metering whilst in LiveView on the Canon DSLRs.  Today we are talking about pristine 14bit raw data dumps to memory card from the same cameras.  The excitement is palpable……

What Do They Need From Me?

At the moment , the most important thing to the advancement of this project is to test concise and repeatable workflows, camera settings and behaviors, and the quality and integrity of the images produced.  That feedback must be accurately and verbosely reported to the Magic Lantern community in the appropriate forum threads.  When the dust settles, Canon will once again be on top of the accessible motion picture game, and it will have been dedicated hard-working teams of hobbyists who got them there.  But we will all be the beneficiaries as has been the case throughout history.  I am an early contributor to the Magic Lantern development campaign, first donating in late 2011.  I have used their software on two feature films and many shorts.  It does have its quirks, but any small inconvenience means nothing in comparison to what Canon EOS DSLRs are capable of when paired with Magic Lantern tools.  The main thing I have taken away from the frenzy around recent camera/imaging developments, and by extension, the democratisation of cinema is patience and perseverance; the experts on the ML development team will succeed in their goals and we will all want to be part of it when they do.  The excitement is palpable……. Please contribute to the cause.

Also, there are plenty more video examples on our Vimeo Profile. 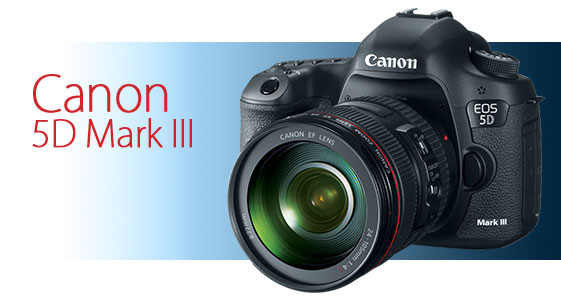